FANS WILL HAVE A CHANCE TO WIN A DREAM RIDE IN THE APOLLO IE.

Apollo Automobil will be breaking with tradition this year.  The IE will be taking over Geneva, but not at the motor show.  Instead, Apollo will host its own Private Geneva Event from March 6-8th at an undisclosed location.

This year we really want to provide our fans with a different, more personal experience.  As a result, we will provide all enthusiasts in the area the opportunity to see and discover the IE in person.

To our fans, we are pleased to announce the Official Launch of the #FINDTHEIE Photography / Spotting Contest. The IE will be able to be spotted throughout the city of Geneva at various locations during March 6-11th and we hope that you are up for the challenge.

Originally the plan was only to have the IE in Geneva from March 6-8th, however due to popular demand after our private event we will extend the IE’s Geneva visit through the 11th in order to allow more fans to have the chance to see the car and participate in our contest.

Contest Participants will have a few ways of finding the IE in Geneva:

“The journey is what matters and we want to interact with our fans as much as possible.” -Norman Choi, Apollo Chairman.

Rules of the Contest 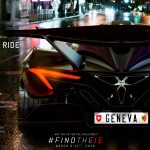 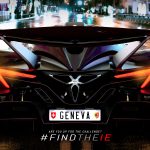 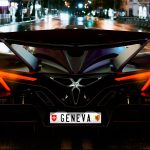 The IE will takeover Geneva this year, but not at the motor-show… 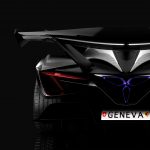