“The Apollo IE is our passion project.  Our favorite days were the GT1 days of the 90’s and we felt analog cars of this nature would never be produced again so we pursued our vision and in complete secrecy, we designed and built the car of our dreams to pay a modern tribute to this era and most notably, the CLK-GTR, the most successful GT1 car of all-time.

“In the relentless pursuit of perfection we took it a step further and created a strategic technical partnership with HWA AG.  HWA stands for the initials of Hans Werner Aufrecht, the founder of AMG.”  -Norman Choi, Apollo Chairman.”

For us, it is simple, we either do things the right way or not at all.  The depth and historical significance of the Apollo IE program will stand the test of time, a car with true meaning, a car with a soul.  Since the cars debuted at the end of 2017, an extensive development program has been conducted with HWA ahead of production.  We are now pleased to provide additional color on the extent of the updates to the production car and to further articulate the extremes in which we went to execute with perfection, down to the most minute detail.

“As part of our partnership with HWA we made a prudent and strategic long-term decision to discard our original carbon chassis to make certain that we adhered to the highest safety standards that are at the cutting edge of technology and would permit use in future applications, leaving the door open for potential competition participation.  The recently announced hyper-car class by the FIA and ACO is  certainly of interest and something we are currently investigating as we await the final regulations,” -Ryan Berris, Apollo General Manager and CMO.

The all-new Apollo IE platform, features the first all-carbon fiber production chassis of its kind, consisting not only of the monocoque, but subframes and crash structures. The new chassis has been engineered to meet and to partly exceed respective FIA LMP2 safety requirements and features a carbon mono-cell which provides occupant protection without the requirement for a roll-cage.  Key features of the new chassis are its modular design, increased safety, increased torsional rigidity,  symmetrical design (offered in both left and right-right-hand configurations) and weight reduction versus the prototype platform.

Our new chassis is hand-built using a high-quality prepreg-autoclave and the most advanced carbon fiber technology.  The ethos for the car has always been an analog car in a digital world and this pertains not only to the driving experience, but also the hand-crafted nature of every aspect of the car.

A joint effort, the new chassis was co-developed with Apollo, HWA AG and Capricorn Group.  Capricorn is a specialist supplier in the automotive industry with six production facilities in four countries across Europe and their headquarters in Düsseldorf, Germany.  Capricorn will produce the Apollo IE chassis and are responsible for producing world-class chassis’s such as the Le Mans winning Porsche 919 LMP1 monocoque.  A list of Capricorn’s successes can be found here.

We completely redesigned the internals of the doors adding improved reinforcement structures to provide increased safety in the event of a side impact.

The production IE features a new hinge system co-developed with HWA AG which features a manually actuated hinge system that will disengage the doors in the event of a rollover.

The production Apollo IE features an innovative fuel storage center which is now integrated directly into the monocoque.  The fuel cell resides within a carbon/kevlar safety cell which is designed to ensure the highest level of safety and prevention of fuel cell punctures in the event of an impact.

In the spirit of keeping safety as paramount, we felt that super/hyper-car fires are becoming increasingly prevalent and pose a risk for occupants and innocent bystanders.  We strived to find a solution that would address this potential issue and are pleased to say that we have developed and integrated a fire suppressant system. The fire suppressant system, which will initiate manually by the driver/occupant, protects both the cockpit and the engine bay.  Both systems remain concealed as not to disrupt the aesthetics nor ergonomics.

The production IE features an entirely new suspension setup with improved kinematics and weight balance as well as a new and improved steering system.

During our development program we were able to greatly enhance the aerodynamic efficiency, aero balance and thermal dynamics of the car to achieve optimum performance whilst ensuring stability under all conditions for the driver.  Improvements in cooling have also been made throughout the engine bay and braking system.  For the brakes, we optimized the cooling for both setups that come with the car, our Brembo carbon ceramics and AP racing steel brakes (for heavy track use).  Regardless of the use case, we have tested and revised the setup to provide sustainable durability and performance.

An extensive development program has been conducted on the production IE powertrain and with HWA we have re-calibrated the setup for our specific application utilizing transient dynamometer testing.   The transient dyno allowed us to run dynamic test cycles utilizing the entire powertrain for prolonged periods while simulating various race tracks around the globe.  This process helped optimize the overall performance of the engine, gearbox refinement and test the longevity of the final application.

The final production IE features an all new interior with a sport or race-seating system with increased support and ability to modify support for specific purposes depending upon the drivers preferred configuration, amongst other upgrades.  The new interior will be revealed upon first customer delivery.

Further strengthening the Apollo IE project story, we are pleased to announce that the final production of the IE will be conducted by HWA AG, in the same facility that all other HWA motorsport cars were produced. First customer deliveries and press drives will commence this summer.

A selection of high resolution images and a video accompanying this release are available to download from the Apollo Automobil media site – apollo-automobil.com/press/ or via the following links: video / all media download.

Tracing our roots back to 2004, we are a group of pure car enthusiasts, some of us engineers, some artisans, designers and mechanics. We came together because of something that we share – the passion for automotive art, the longing for the connection between driver and car and the desire to provide a bespoke and emotional driving experience.

Over the last decades of automotive history, car manufacturers have gone to great lengths in applying technological advancements to improve both the performance and comfort of cars. However, somewhere along the way something was left behind.

All the automation that is meant to make the driver’s job “easier” has taken something fundamental away. Something that made up the roots that created the passion, drive and automotive culture and history that we have all learned to love. That pure, raw, emotional connection that binds driver and car.

Just like the Greek God Apollo, we see ourselves as a beacon of light in today’s market. We are here to take you on a ride that is filled with nostalgia and sensory overload without sacrificing performance or speed and still pushing forward with a modern, intensively striking design language that symbolizes the brand. We are here to fill that void separating car and driver. We are here to bring you home to be at one with the car.

Top performance and determination to win – that is the philosophy of HWA AG. The team has been active in international motorsport for nearly five decades and is one of the most successful teams of all time. As a sought-after development partner, HWA AG bundles its expertise for more victories on the racetrack.

HWA AG has existed in its current form since 1998. Hans Werner Aufrecht founded AMG, the customisation specialist for the Mercedes-Benz brand, in 1967. At the end of 1998, Aufrecht sold the original AMG Motorenbau- und Entwicklungsgesellschaft mbH to Daimler AG. As part of this sale, the motor racing business units, today’s Mercedes-AMG DTM team and parts of the vehicles/vehicle components unit were spun off and transferred to HWA AG. At the end of 2006, the company was converted from a limited liability company to a stock corporation; HWA AG was floated on the stock market in April 2007.

Today, HWA AG’s motor racing segment is responsible for the popular DTM touring car racing series. HWA AG takes on all activities as a full-service provider, including the development and construction of DTM racing cars and the operation of the racing team. The vehicles/vehicle components business unit includes the development and production of vehicles and components for automotive manufacturers in the premium segment. HWA AG has further expertise in the development, manufacture and servicing of Formula 3 racing engines. The GT3 racing version of the Mercedes-Benz SLS AMG was developed and produced by HWA AG in close cooperation with Mercedes-AMG. The follow-up project, the Mercedes-AMG GT3, has been delivered to customer teams all over the world since December 2015. Since December 2017, the Mercedes-AMG GT4 has been delivered. 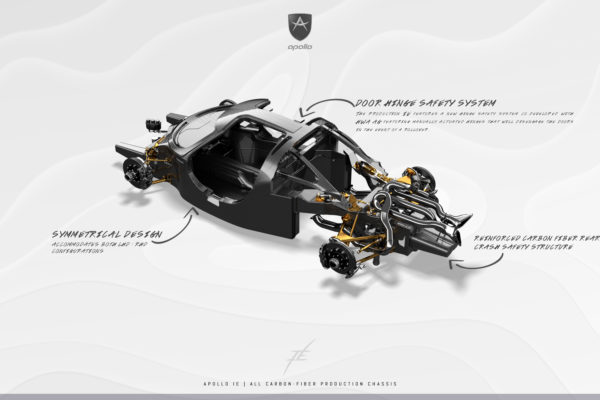 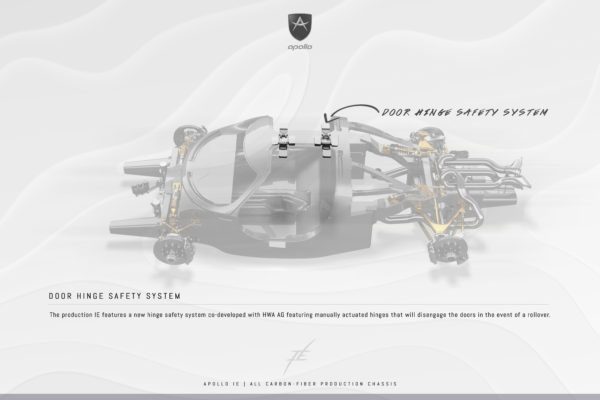 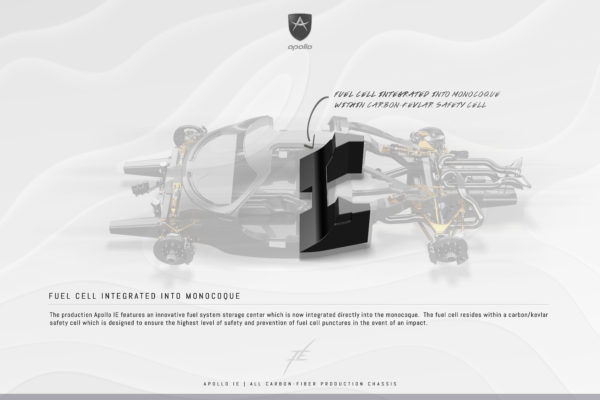 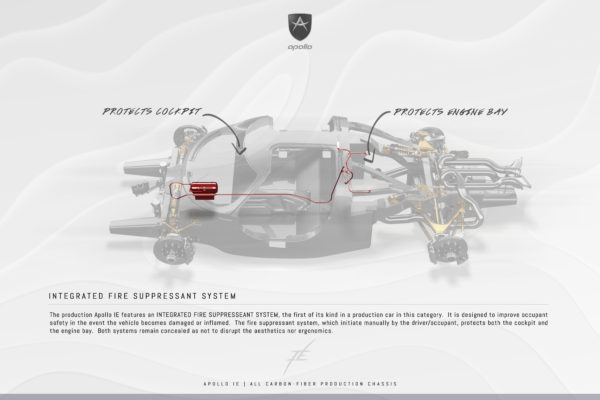 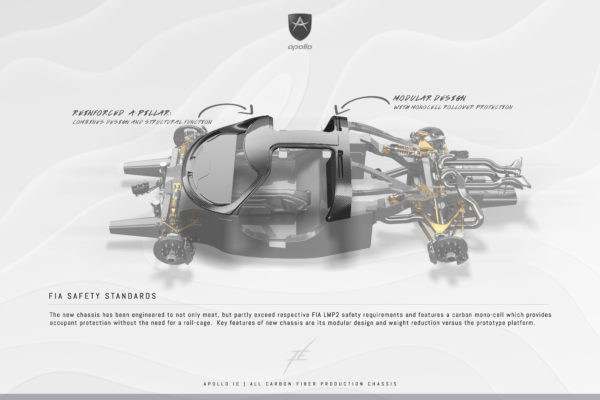 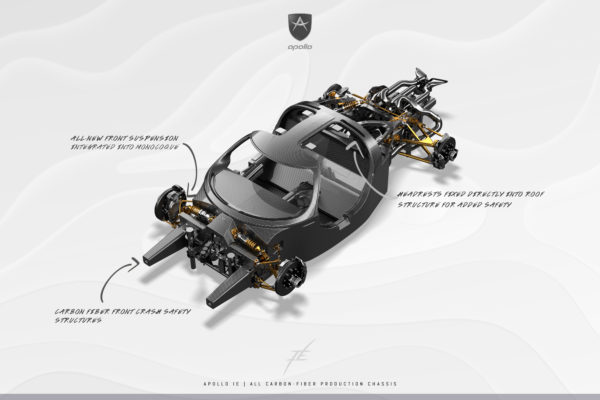 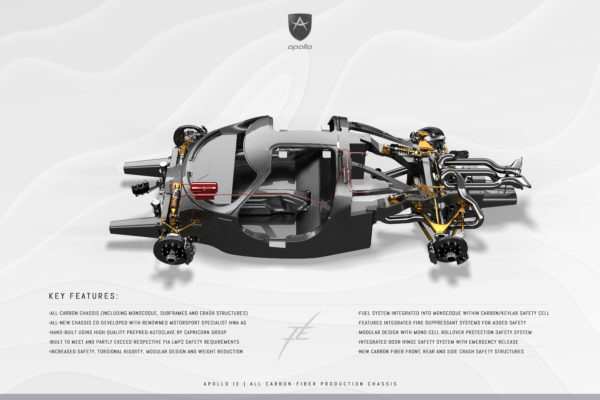